Judge.me is a bootstrapped, profitable and fast growing SaaS company. We build our own products that customers love, most notably the Judge.me Product Review app that is in active use by over 109,929 ecommerce stores.

Peter-Jan "PJ" Celis wrote our first line of code on his 29th birthday in January 2015. He first worked on Judge.me as a weekend and evening project, going full time in June of 2016.

Before founding Judge.me, PJ was a strategy consultant, Ruby on Rails developer, marketing lead in medical tourism, and founder of an online arbitration company.

Originally from Belgium, PJ moved to Vietnam to start Judge.me and is currently living in London. He holds a master degree in applied economics from the KULeuven.

Linh Dam is the CTO of Judge.me and was involved in the project from day 1. Originally working weekends on Judge.me starting January 2015, Linh went full time in April of 2016.

Before Judge.me, Linh was the front-end lead for HipVan, a multimillion dollar furniture ecommerce company based in Singapore. Linh is a fullstack developer, building on his job experience as a Ruby of Rails developer.

Linh is born and raised in Saigon, Vietnam. He holds a bachelor degree in computer science from RMIT.

Octavian Babus joined Judge.me as a developer in May of 2017. A logician from Romania, Octavian became a developer after moving to Vietnam.

Before Judge.me, Octavian was a Ruby on Rails developer at Dagoba.io, a fledgling ecommerce platform.

Before Judge.me, Annie was an account executive at Tenzing Pacific Insurance Services and member of the Global Talent Program at AIESEC Vietnam.

Annie is born and raised in Da Nang, Vietnam and now lives in Schweinfurt, Germany. She holds a bachelor in Commercial English from Da Nang College of Foreign Language and now pursuing a second degree in Logistics in Germany.

Before Judge.me, Leon traveled the world and worked in several jobs applying his technical skills.

Born in the Netherlands, Leon has studied Graphic and Digital Design likes learning about new technologies and traveling 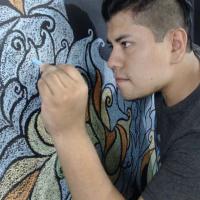 Passionate about technology since he was a kid, Jhair got a Bachelor of Laws in the second biggest national university in Peru but his vocation moved to IT as he became a freelance designer and SEO/e-commerce consultant.

Jhair is from Lima and currently studies software engineering at the Technological University of Peru (UTP). He loves dogs, video games, and reads about almost anything.

Javi was born in Spain and holds a degree in Media Communication. His career is built around his computer skills and customer service attitude, with a background of more than 10 years in different fields such as tourism, exportation, video editing and film production.

Javi likes to do regular swimming, but he also loves to just sit on his sofa to watch movies and play games. Javi claims that it will be gaming that will prevent him from getting old.

Shuli joined Judge.me as a researcher, with a focus on user testing and customer insights in December 2018 and became our product manager in March 2019.

Before Judge.me, Shuli was a Postdoctoral Research Fellow at the Max Planck Institute for Human Development in Berlin.

With experience in management, working for many years for some of the UK's largest Wide Area Network and Cloud Services Providers, Alex quickly progressed to Support Team Manager in Asia.

Now located in the UK, Alex is now our Operations Manager.

Originally from Manchester, England, Alex loves to travel and experience new cultures. In his spare time loves to cook, watch movies and is learning to play guitar.

Hung joined Judge.me as a developer in March 2019.

Hung was born and raised in Saigon, Vietnam and holds a bachelor in engineering from the Ho Chi Minh University of Technology (UIT). He likes laid back weekends without anything planned.

Huyen Dao joined Judge.me as a UI/UX designer in March 2019.

Before Judge.me, Huyen was a UI/UX designer at Adquest Asia, where she worked with several US based startup clients. Huyen also worked in design roles at MySquar and DocDoc.

Born and raised in Saigon, Huyen spends her free time self-training in UI/UX design and enjoys frequent travel, yoga and meditation. She is also involved in the UI/UX meetups and workshops in Saigon.

Maksim joined Judge.me as a developer in April 2019 when he moved from Shanghai to Saigon.

Before Judge.me, Maksim was a full stack engineer at HeyShop and Move Shanghai.

Originally from Kyrgyzstan, Maksim holds a master degree in Finance from East China Normal University and is a self-taught developer. 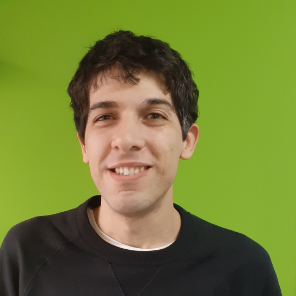 Before Judge.me Cesar worked as a marketing intern in the US, and as an administrative adviser and marketing assistant in Peru.

Before Judge.me Louis worked as a community manager in Peru then began to study web development.

Born in Atlanta, Georgia. Louis loves his wife, son, and all manner of video games and music. 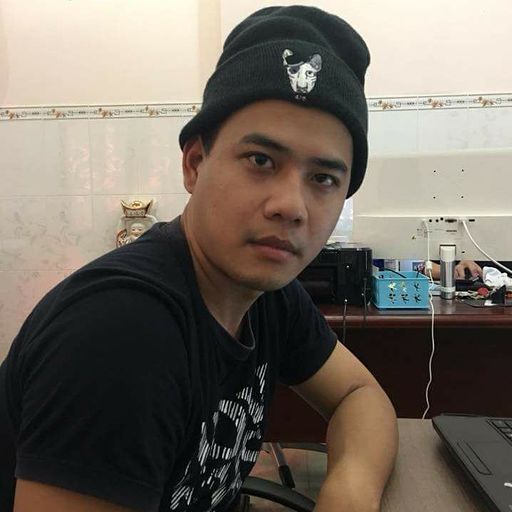 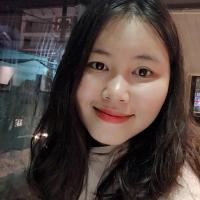 Linh Dinh
Tier 2 Support
Linh Dinh joined Judge.me as Asian Time Zone Customer Support in September 2019 and became a tier 2 technical support agent in June 2020. Linh is enthusiastic about helping others out using technology. Being a Product Support executive was not the plan for her professional career. But she grew to enjoy the journey more than she could ever expect. She is currently studying Software Engineering. She also teaches herself piano, guitar and cake baking.

Hien joined Judge.me as an Operations Assistant in March 2020.

Before Judge.me, Hien has many years of experience in Administrative roll at international companies.

Aside of the office time, she loves spending time with her baby cat or playing sports like swimming and badminton. She's also a tech savvy and currently teaches herself python at weekends.

Originally from Cantho, Quynh was previously trained as an English Teacher. Though enjoyed teaching, she has decided to change her career path.

Lily joined Judge.me as our Marketing Writer in March 2020. She is a tech-savvy content enthusiast who takes ownership of writing promotional and instructional content for Judge.me's Knowledge Base and Blog to help accelerate our growth.

Lily holds a Bachelor's Degree in Marketing and has 3 years of experience in Marketing for international tech companies. Before Judge.me, Lily was the Marketing Specialist at IT Consultis, a digital agency specialized in omnichannel projects for clients across APAC. 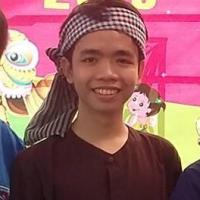 Lam Dong rejoined Judge.me as an Asian timezone support representative in May 2020 after first working for us in 2019.

Before Judge.me, Lam was a CE Verification agent for Kraken, a US-based cryptocurrency exchange.

He enjoys mostly indoor activities like books, video games, etcetera. Lam is self studying to be a web developer. Before Judge.me, Genesis worked as a administrative assistant and customer service for various companies.

Originally from Táchira, Venezuela, she now lives in Lima, Perú. 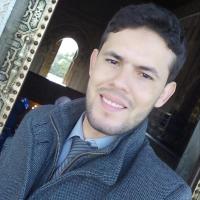 Before Judge.me, Abdessadek worked as a supplies manager and as a customer adviser in Morocco.

He got a master degree in auditing and management control in one of the biggest business schools in Morocco. But he was always passionate about IT & Web Development. 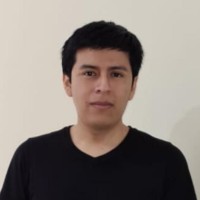 Juan Chomba
Support
Juan joined Judge.me as an American timezone Technical Support representative in October 2020. Before Judge.me, He worked as a Web Developer, IT Support Assistant and Network Administrator for various companies. Juan was born in Lima, Peru and has a bachelor's degree in Computer Science. He enjoys reading books and watching sci-fi TV Shows in his spare time.

Before Judge.me, Mohamed was self-employed. He worked as a freelancer building and creating websites.

He studied economy for two years, and has a degree in IT development.

Mohamed has always been fond of anything that's IT-related so he likes video-games and sports.

Bilal Mouhtat
Support
Bilal MOUHTAT was born in Taza a small city in Morocco then he moved to Oujda to continue his studies. He has a master's degree in IT Applied in Economics.

Bilal was passionate about IT since his childhood. He loves reading books and traveling.

An is born and raised in Vietnam and holds a bachelor's degree (Honours) in computer science from the University of Science, VNU-HCM.

Before Judge.me, An was the technical lead at HipVan, a multimillion-dollar furniture e-commerce company based in Singapore.

Previously, An has been Head of Engineering, VP of Operations & VP of Engineering for various tech companies, based in both Silicon Valley & Vietnam.

Thang Phung
Support
Thang "Patrick" Phung joined Judge.me as an Asian Time Zone Customer Support in March 2021. Before Judge.me, Thang work as a PHP Developing Collaborator for MGI Global, a company that applies technology in the real estate business. Thang's major is Marketing at Open University but his goal is to be a javascript full-stack developer in the future. He is really into coding but also enjoys spending time with his cat and swimming.

Mountassir Billah Bouyebla
Support
Mountassir Billah joined Judge.me as a French Speaking Customer Support Agent in March 2021. Before Judge.me, Mountassir Billah was a Full time External Auditor. He created websites as a freelancer. He has a Bachelor of Science (Business and Management), and he is certified as full stack Developer. He plays Guitar and loves Video-Games

Omar Jakrir
Support
Omar joined Judge.me as a French Speaking Customer Support Agent in March 2021. Before Judge.me, Omar was self-employed. Creating and managing blogs. He studied two years in IT and Network Maintenance and Support, followed by two years in IT Development. Since a young age, Omar always found information technology a very interesting domain and his goal was to be part of it. He enjoys hiking, blogging, video games and discovering new music.

Thinh Nguyen
Support
Thinh joined Judge.me as an Asian Time Zone Customer Support in April 2021. Before Judge.me, Thinh worked as a web developer. His major is IT Service Science. He enjoys reading, listening to music and learning new things related to IT.
Hamza Ouasti
Support
Hamza joined Judge.me as a French Speaking Customer Support Agent in April 2021. Before Judge.me, Hamza was a software fresh graduate engineer, who created web applications. He has a bachelor’s degree in general engineering and a master’s degree in software development. He is passionate about discovering new things and loves to play basketball, guitar and to travel.

Minh Nguyen
Support
Minh Nguyen - ”Mark” Nguyen joined Judge.me as an Asian timezone support representative in April 2021. Before Judge.me, Mark worked as project executive and client support for a French Powerpoint and Presentation Agency. Taking 3 gap years and living in Ho Chi Minh City, he tries to be a self-taught programmer. In his free time, he loves listening to music and podcasts about technologies and startup companies.

Phat Nguyen
Support
Phat Nguyen joined Judge.me as an Asian Time Zone Customer Support in May 2021. Before Judge.me, Phat was a Customer Success Executive at a Singapore Telecommunication Company. He has a Bachelor degree in International Business but he’s taking a new road by learning HTML and CSS by himself. He loves astronomy, listening to music, singing, watching Sci-fi movies and playing Video games.

Ngoc Nguyen
Office Administrator
Ngoc joined Judge.me as Office Administrator in June 2021. Before Judge.me, she had experiences in Administration/ Office Management. She feels happy while creating a good working space for all colleagues. Her hobbies are reading romans and travelling. Besides, she’s interested in cooking and beauty tips. 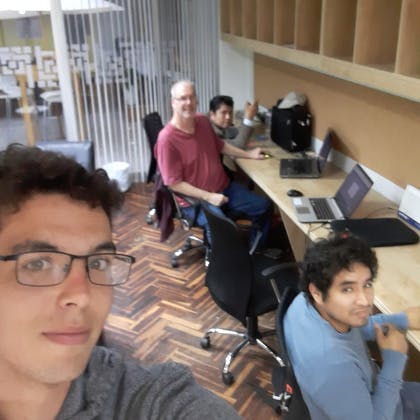 Our customer support team is mostly based in Lima, Peru. We also have a small support team in Saigon, Vietnam and a few remote superstars working from Germany and Costa Rica.

Judge.me is an ever-expanding team of developers, designers, tech-enthusiasts, thinkers and explorers from over 12 nationalities. We are on the lookout for additional team members who want a taste of fast-paced app development in an international startup environment.

Join us
We use cookies to improve your experience, analyze site traffic and send targeted advertisements. By continuing to use the site, you agree to the use of cookies in our privacy policy.
Ok